This is just a note to thank you for attending our events and exhibitions this past year.  I hope you have enjoyed and been challenged by the work of our faculty, students and visiting artists! After Reunion/Commencement this weekend, we will be switching gears to prepare for another beautiful summer in Middletown and the CFA’s summer series. I’ll be posting various CFA news items as I hear about what our students and faculty are up to, as well as our alumni and visiting artists.  Feel free to email me with any news you think I should know about at ptatge@wesleyan.edu.

First, I want to let those of you who saw Leigh Fondakowski’s work-in-progress SPILL at Beckham Hall in February know that she and her artistic collaborator for the project, Reeva Wortel, have been awarded two 3-week residencies in New Orleans this fall. Fondakowski and Wortel will live and work at the New Orleans Center for Creative Arts and at Louisiana State University to further develop the play. Fondakowski’s hope is to premier the completed work in New Orleans on the third anniversary of the Deepwater Horizon oil spill in April 2013. We’re so excited to see this important work travel home, completing the circle begun last summer as seven Wesleyan students journeyed with Fondakowski and Wesleyan’s own Barry Chernoff, Director of the College of the Environment, to conduct the interviews and research that became the seeds of this project.

In faculty news, Hari Krishnan was invited by the Canada Dance Festival to perform Quicksand in Ottawa on June 11, 2012.  Later in the summer, Hari is one of only twenty choreographers from around the world invited to create a solo for Jacobs Pillow’s celebration The Men Dancers: From the Horse’s Mouth, an homage to the Pillow’s 80th Anniversary and pioneering founder Ted Shawn and his company of Men Dancers.

And in local news, in last Sunday’s New Haven Register, I read about a terrific program facilitated by Brad Roth MALS ’97, who runs an organization called Dancing Day, Inc. based in Milford and has taught dance across Connecticut. Now in its third year, the Shared Ability Program, under the auspices of Young Audiences of CT and in partnership with the New Haven Ballet, continues to provide a supportive environment for ballet students and children with disabilities to meet, interact, and share their different experiences and interests. Students learn to accept touch, to communicate through movement, and to express themselves creatively and interactively – skills they’ll develop and draw upon throughout their lives.

For Roth, the “challenge is to create interesting choreography where the attention is not to the disability, but to the choreography. The magic is when restricted movement looks like designed movement or art, rather than the perception of limitation. They’re beautiful little moments that happen regularly – magic little moments where movement turns into dance.”

You can see Brad (and others) talk about the program in this video.

We congratulate Brad and his students on their work so far, and wish them the best of luck in the future.

Be sure to check back soon for more updates!

Until then, I send you my best wishes, 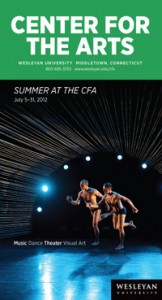 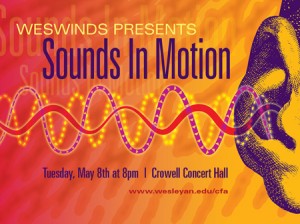