The Shanghai Quartet—violinists Weigang Li and Yi-Wen Jiang, violist Honggang Li, and cellist Nicholas Tzavaras—returned to Wesleyan for their Connecticut debut with pipa (Chinese lute) virtuosa Wu Man to perform “A Night in Ancient and New China,” featuring Ludwig van Beethoven’s String Quartet No. 11, Op. 95; traditional folk songs; and the Connecticut premiere of the new quintet &quot;Red Lantern&quot; by eminent Chinese film composer Zhao Jiping (Raise the Red Lantern, To Live, and Farewell My Concubine) in collaboration with his son Zhao Lin. The concert was held on Friday April 1st in the Crowell Concert Hall. Click here to view the full album on Flickr. Photos by Sandy Aldieri of Perceptions Photography.

The Connecticut debut of Syrian vocalist/songwriter Gaida, one of the most “effusive and charming” (Timeout New York) singers on the world-music scene was held on Friday, February 5, 2016 in the Crowell Concert Hall.

The Connecticut premiere of The Nile Project featured a dozen musicians performing collaboratively composed songs drawn from the diverse styles and instruments of the countries along the Nile Basin—including Burundi, Egypt, Ethiopia, Kenya, Rwanda, Sudan, and Uganda—intertwining these traditions into a unified sound that is “joyous and even raucous” (NPR Music) on April 10, 2015 in Crowell Concert Hall. Click here to view the full album on flickr. Images by Sandy Aldieri of Perceptions Photography.

Wesleyan University is a center for creativity and innovation, and one of the best places for our community to come together to participate in that energy is at the Center for the Arts. Our year-long exploration of Muslim Women’s Voices in performance continues on February 27 with a rare opportunity to see a dance company coming to Middletown from the northernmost tip of Sumatra, Indonesia. The dances of Tari Aceh! feature quick, highly-coordinated movements of hands, heads, and torsos, punctuated by lively body percussion. It’s unlike anything you’ve ever seen before. And on April 17 and 18, you can get a first look at a theatrical work-in-progress by playwright and actress Leila Buck ’99 that was commissioned for Muslim Women’s Voices.

In the Ezra and Cecile Zilkha Gallery from January 29 to March 1, Studio Art faculty members Jeffrey Schiff and Sasha Rudensky curate Picture/Thing, an exhibition featuring the work of ten artists working at the intersection of photography and sculpture.

In April and May, we present “The Connecticut Meets the Nile,” a two-part happening that will highlight two great rivers. On April 10, Crowell Concert Hall hosts The Nile Project, an all-star gathering of musicians who live in the countries that border the Nile River and have come together to create music that draws attention to the environmental issues of a historic river that sustains millions of people. Then on May 9, at Middletown’s Harbor Park, Wesleyan and regional partner organizations present Feet to the Fire: Riverfront Encounter, an afternoon of music performances, visual art, and kid’s activities that will engage our community with our own beautiful river.
And throughout the winter and spring, you can put your finger on the pulse of what’s inspiring our newest artists by visiting the Senior Thesis Exhibitions in Zilkha Gallery, or by attending thesis performances by music, dance, and theater students performed throughout the CFA.
It’s all here for you. We hope you’ll join us.
Pamela Tatge
Director, Center for the Arts

The New England debut of Riffat Sultana and Party took place on November 7, 2014, at Crowell Concert Hall. Images by Sandy Aldieri of Perceptions Photography. Click here to view the full album on flickr. 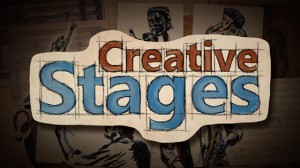 Connecticut Public Television (CPTV) premieres the original documentary Creative Stages, hosted by Ed Wierzbicki, on Friday, November 28, 2014 at 8pm. This half-hour special is devoted to the arts, as Mr. Wierzbicki takes viewers “inside the creative process” while interviewing Connecticut artists and exploring local arts organizations, including Wesleyan University’s Center for the Arts.

Hear from Pamela Tatge, Director of the Center for the Arts, as well as from visiting artists including Margaret Jenkins (Artistic Director of San Francisco’s Margaret Jenkins Dance Company), Anna Snow, Kerry Andrew, and Sarah Dacey of London’s Juice Vocal Ensemble, and Juliana Romano ’04 (featured in the exhibition The Alumni Show II in the Ezra and Cecila Zilkha Gallery), about the importance of this creative space to Wesleyan University and its students, as well as to the art world at large. The segment also includes footage of Liz Lerman Dance Exchange’s Ferocious Beauty: Genome, the Wesleyan Theater Department production of The Seagull, and a co-taught course by Professor of History and East Asian Studies William Johnston and Visiting Artist in Dance and the College of East Asian Studies Eiko Otake.